Chris Long net worth: Chris Long is an American professional football player who has a net worth of $40 million. Chris Long was born in Santa Monica, California in March 1985. He is a defensive end who played at St. Anne's-Belfield School. Long played his college football at the University of Virginia and was second-team All-ACC in 2006. In 2007 he was first-team All-ACC, a unanimous All-American, ACC Defensive Player of the Year, and won the Dudley Award and Ted Hendricks Award. Chris Long was drafted #2 overall by the St. Louis Rams in the 2008 NFL Draft. He played for the Rams from 2008 to 2015 and for the New England Patriots in 2016. Long joined the Philadelphia Eagles in 2017. He was a member of the PFWA All-Rookie Team. He won the Super Bowl in back to back seasons with different teams in 2017 and 2018. Chris is the son of NFL Hall of Famer Howie Long.

Waterboys: In 2015 Chris founded a non-profit called the Waterboys that intends to provide clean drinking water to communities in need. He was inspired after a trip to Tanzania where he learned that 1 in 9 of the world's population does not have access to clean drinking water. During his trip to Tanzania he witnessed young children drinking water from the same lake where animals defecated. One of the Waterboys' first goals was to build 32 water walls in Tanzania – one for every NFL team. He raised the money needed for the wells by organizing fundraising challenges like climbing Mount Kilimanjaro with other NFL vets and veterans. Their goal is to ultimately provide clean drinking water for over 1 million people. 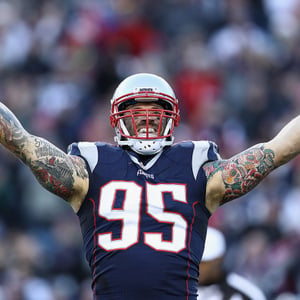