Chris Johnson Net Worth, Salary and Career Earnings: Chris Johnson is a former professional football player who has a net worth of $9 million. Chris Johnson was born on September 23, 1985 in Orlando, Florida. He was a star running back at East Carolina University before joining the NFL during the 2008 draft. During his career Chris played for the Tennessee Titans from 2008 to 2013. He played for the New York Jets in 2014 and then he finished his career with the Arizona Cardinals between 2015 and 2017. He was a 3X Pro-Bowl selection, the 2009 NFL Offensive Player of the Year and First Team All-Pro in 2009. In March 2015 Chris was shot in the shoulder during an altercation Orlando. In 2018 he was involved in a fight with a valet in Tampa. In 2013 he appeared on a National Geographic special where they tested his speed against a cheetah. The cheetah won the contest. 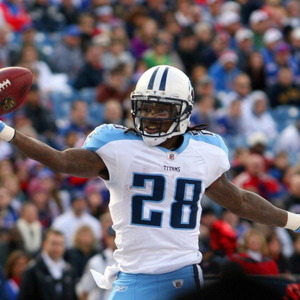