Chris Ivory Net Worth: Chris Ivory is an American professional football player who has a net worth of $8 million. Chris Ivory was born in Longview, Texas in March 1988. He lettered in football and track and field at Longview High School. He played for Washington State University for three years as a running back.

Ivory was dismissed from the team for violating team rules in 2009. He transferred to Division II school Tiffin in Ohio where he suffered a season-ending knee injury. He gained attention from NFL scouts and was thought to be the first Tiffin player to be drafted. Although he went undrafted Ivory signed as a free agent with the New Orleans Saints in 2010. He debuted with the Saints in 2010 and was a Pepsi NFL Rookie of the Week and FedEx Ground Player of the Week. He became a starter due to injuries at running back and rushed for 158 yards in a game against the Tampa Bay Buccaneers. He suffered a foot injury and was unable to play in the post season. He was traded to the New York Jets in 2013 during the 2013 NFL Draft and signed a three year contract worth $10 million. In September 2014 Ivory had a 71 yard touchdown run which became the second longest TD run in Jets history. 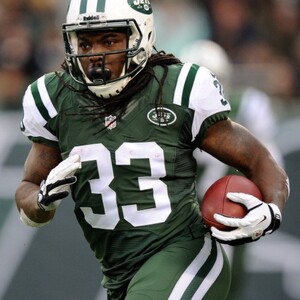