Chris Conley net worth: Chris Conley is an American professional football player who has a net worth of $1.5 million. He is best known for his speed and vertical leap as a wide receiver in the NFL.

Chris Conley was born in Adana, Turkey in October 1992. He played at North Paulding High School and played his college football at Georgia. Conley was drafted #76 overall by the Kansas City Chiefs in the 2015 NFL Draft. He played for the Chiefs from 2015 to 2018 and then joined the Jacksonville Jaguars in 2019. Conley set an NFL Combine record for highest vertical leap at 45 inches. In his four years at Georgia he had 20 receiving touchdowns and 76 receptions for 1,938 receiving yards. Chris Conley had 11 receiving touchdowns and 151 receptions for 2,103 receiving yards during his first five NFL seasons. In 2015 he signed a four year contract for $3.12 million with a signing bonus of $712 thousand. 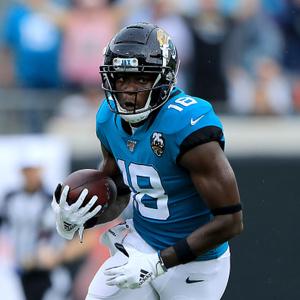