Chris Carson net worth: Chris Carson is an American professional football player who has a net worth of $2 million. He is best known for being a running back for the Seattle Seahawks.

Chris Carson was born in Biloxi, Mississippi in September 1994. He is a running back who played at Parkview High School. Carson played his college football at Butler Community College and Oklahoma State. He was drafted #249 overall by the Seattle Seahawks in the 2017 NFL Draft. During his first three NFL seasons in Seattle he had 574 rushing attempts for 2,589 yards and 16 touchdowns. He also had 64 receptions for 488 yards and three touchdowns. Chris Carson made the Pro Bowl in 2020 as an alternate. He signed a four year deal with the Seahawks for $2.46 million in 2017. In college Carson had 213 rushing attempts for 1,076 yards and 13 touchdowns in two years with Oklahoma State. 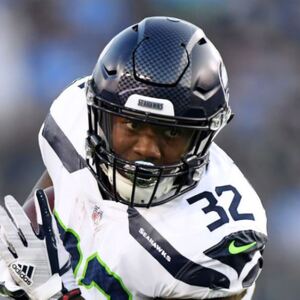