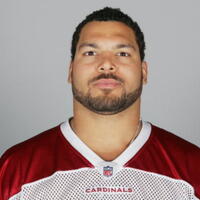 Chike Okeafor Net Worth: Chike Okeafor is a retired American professional football player who has a net worth of $15 million. Born in Grand Rapids, Michigan, in 1976, Chike Okeafor played college football in the Big Ten for the Purdue University Boilermakers. He earned All-Big honors twice and was nominated for the Butkus Award two times; that honor goes to college football's best linebacker. After his suspension from the Purdue football team for the 1997 season, he changed positions from linebacker to defensive end as a senior. The six-foot-five, 256-pound linebacker was drafted with the 89th overall pick during the third round of the 1999 NFL Draft. Okeafor made his pro debut with the San Francisco 49ers later that year, playing with the team until 2002. He later played with the Seattle Seahawks from 2003 until 2004 and the Arizona Cardinals from 2005 until 2009. Over the course of his career, Okeafor racked up 383 tackles, 53 quarterback sacks, and two interceptions. Okeafor frequently discussed his beliefs and philosophies while playing in the NFL. He often practiced yoga, mediation, and Wing Chun, and was heavily involved with eating natural, whole foods, and taking herbal remedies. He was often seen wearing a medallion meant to keep bad energy away. Okeafor's wife, Stephanie, gave birth to the couple's first child in 2009.