Charles Woodson net worth: Charles Woodson is a retired American professional football player who has a net worth of $25 million. Woodson first became well-known nationally thanks to his contributions as a college football cornerback for Michigan, where he would go on to lead the Wolverines a national championship (1997) while winning the Heisman Trophy in the same year. Woodson was a self-proclaimed "two-way player" playing both offense and defense in college. Woodson also made significant contributions to the Raiders secondary efforts during his professional playing days.

Early Life: Woodson was born in Fremont, Ohio on October 7, 1976. Woodson played for Ross High School and was named "Mr. Football" of Ohio in 1994 for his efforts as a cornerback and running back. Woodson would finish his high school football career earning school records when it came to rushing yards (3,861), as well as overall scoring (466 points). Woodson was also selected for the USA Today All-America team as well as a Parade High School All-American, recording 2,028 yards and 230 points in order to earn such prestigious honors. Many college teams recruited Woodson as a running back, whereas Michigan was more interested in Woodson's work at the defensive back position. Outside of football in high school Woodson was also a decorated basketball player and member of the track and field team, as a relay sprinter and long jumper.

College Career: Woodson ended up indeed attending the University of Michigan, playing under coach Lloyd Carr for his Michigan Wolverines team (1995-1997). Woodson earned his spot as a starter after his second game of his inaugural freshman season, playing for 34 straight games as a Michigan mainstay. Woodson also made significant contributions returning punts for the Wolverines, and even occasionally played at the wide receiver spot.

Woodson would help lead his Wolverine to a national championship in 1997 and was also the winner of top Heisman Trophy honors, which, at that time, made Woodson the first ever player operating in NCAA Division I-A football to receive such a prestigious honor.

NFL Career: In the NFL Charles Woodson made significant defensive contributions to the Raiders and Green Bay Packers teams. Woodson played for the Oakland Raiders from 1998-2005 and was drafted in 1998. Woodson was selected as the NFL Defensive Rookie of the Year during his first season as a member of the Oakland Raiders.

During his rookie season, Woodson started on the defensive side for all sixteen games for the Raiders. He was the first Raider rookie to achieve this feat since 1971. Woodson chalked up 64 tackles his first season. He also managed to rank third in the league in the coveted interceptions category (earning 5 interceptions). Woodson even managed to return one interception for a touchdown — which took place against the Arizona Cardinals. That year, Woodson also made his first pro bowl appearance.

During his second professional season, Woodson finished with 61 total tackles, not to mention a fumble recovery for a pick-six. Woodson would go on to make his second Pro Bowl appearance and was named as an All-Pro defensive back by the Associated Press.

For the 2000 season, Woodson suffered from turf toe, but still started all sixteen games for the Raiders, showing his commitment to the team, although he was unable to practice consistently. Despite his injury, Woodson finished the year recording a career-high 79 tackles. He also intercepted four passes, had three forced fumbles, and ended up recovering one of them. Again, Woodson was named to the All-Pro team — this time by Sports Illustrated.

In 2001, during Woodson's fourth season with the Raiders, he started all sixteen games once again. This would mark the fourth consecutive year that Woodson played in every game of a regular season. Woodson ended up finishing with two sacks, one interception and another forced fumble, but this time Woodson also added one blocked field goal to his resume. This season Woodson made his first appearance as a punt returner in the NFL. He returned four punts and advanced the ball for 47 yards total.

Woodson continued to have an amazing career as a professional football player, winning a super bowl with the Green Bay Packers, adding much-needed firepower to their defensive and secondary efforts, helping them win the 2011 Super Bowl with a 31-25 victory over the Pittsburgh Steelers.

Personal Life: Woodson considers himself to be an avid wine lover and ended up partnering with winemaker Rick Ruiz, who helped him develop a signature wine label "Twentyfour by Charles Woodson". Woodson would go on to sign an unprecedented seven-year $52 million-dollar contract.

Woodson's love of vino could be said to have trickled into his personal life — he's been arrested twice: once in 2000 for DUI, as well as in 2004 for public intoxication. Woodson had refused to get out of a woman's car.

However, Woodson is married to wife April Dixon Woodson — they have two sons together.

Woodson would later make headlines, this time in a much more positive way, on November 26, 2009, when he contributed $2 million to University of Michigan C.S. Mott Children's Hospital in the name of pediatric research. 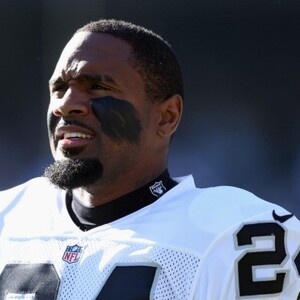