Charles Rogers Net Worth: Charles Rogers was an American former professional football player who had a net worth of $100 thousand at the time of his death. Charles Rogers was born in Saginaw, Michigan in May 1981. Rogers was a wide receiver who was a USA Today High School All-American at Saginaw High School. He played for the Michigan State Spartans where he was First-team All-Big Ten in 2001 and 2002. In 2012 Rogers was a Unanimous All-American and won the Fred Biletnikoff Award and the Paul Warfield Trophy. He also set the NCAA record for consecutive games with a touchdown reception at 13. Rogers was drafted as the #2 pick in the 2003 NFL Draft by the Detroit Lions. He played for the Lions from 2003 to 2005. He was suspended during the 2005 season for his third violation of the NFL's substance abuse policy and was obligated to return $10 million of the $14.2 million Detroit gave him in bonuses. In 2008 Rogers was arrested and charged with assault and battery of his girlfriend. He was ordered to return $6.1 million of his singing bonus to the Lions by a judge in 2010. Tragically, Charles Rogers died on November 11, 2019. 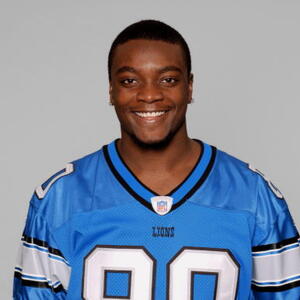