Charles Grant net worth: Charles Grant is a former American football defensive who has a net worth of $500 thousand dollars. Born in Colquitt, Georgia, Charles Grant played football for both Miller County High School and Hargrave Military Academy and was a 1997 All-American. He went on to play college ball at the University of Georgia before being drafted by the New Orleans Saints in 2002.

He would go on to play for the Saints until 2009. His first few seasons with the team were largely successful, but after tearing a ligament in his ankle in 2007, he was less effective on the field. After being released from the Saints, he played for the Miami Dolphins briefly and then for the Chicago Bears. He is most widely recognized for his numerous legal troubles, including his alleged involvement in an altercation at a Georgia nightclub that led to the death of a pregnant woman and her baby, as well as his recent legal battles surrounding his writing of multiple bad checks. He is the ex-boyfriend of "Real Housewives of Atlanta" cast member NeNe Leakes, and the ex-fiancee of "RhoA" guest star, Marlo Hampton. 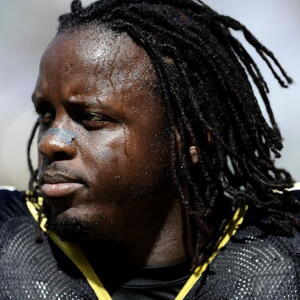