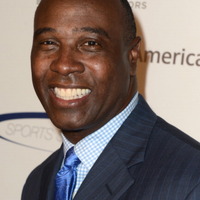 Charles Davis Net Worth: Charles Davis is an American football analyst and former player who has a net worth of $2 million. Currently, he is the lead analyst for Fox College Football and serves as a contributor to "Power Rankings" on Foxsports.com on a weekly basis. Born Charles Franklin Davis on November 14, 1964 in Elizabethton, Tennessee, he was blessed with athletic talents and as a high-school student he played football, basketball and baseball. Continuing his studies at Tennessee, he chose to play college football and he worked his way into the starting lineup during the 1983 season, right after his first season. Unfortunately, Davis suffered a broken fibula at the start of the 1984 season and the injury lingered on long enough to get him undrafted in 1987. Even though he signed as a free agent with the Dallas Cowboys, he sealed his playing career for good the same year. Thus, he turned to broadcasting, right after he took Bachelor's degree in political science and a Master's degree in history from Tennessee. As a broadcaster, Charles Davis got the chance to work with TBS, CBS, ESPN, The Golf Channel and Sun Sports, as well as he served as analyst for the NFL Network. Most recently, in 2014, Davis accompanied Bob Papa in providing game commentary for Super Bowl XLVIII for NFL Films' World Feed.