Chandler Jones net worth: Chandler Jones is an American professional football player who has a net worth of $7 million. Chandler Jones was born in Miramar, Florida in February 1990. He is a defensive end who was All-Northeast and All-East Region at Union-Endicott High School. Jones played his college football at Syracuse where he was a National All-Freshman Second Team selection and a Freshman All-Big East honorable mention in 2009.

Jones was also a two time All-Big East selection and an All-Big East Defensive Player of the Week. He was drafted #21 by the New England Patriots in the 2012 NFL Draft and has played his entire career for New England. Jones won a Super Bowl Championship in Super Bowl XLIX and an AFC Championship in 2014. He has been an AFC Defensive Player of the Week and of the Month and an NFL Defensive Rookie of the Month. His older brother Arthur Jones plays for the Indianapolis Colts and his older brother Jon "Bones" Jones is a UFC fighter. 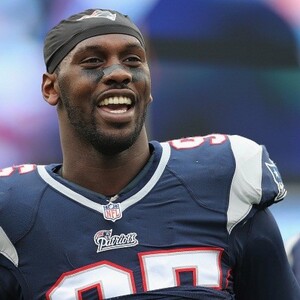