Chad Pennington Net Worth: Chad Pennington is a retired American football player who has a net worth of $25 Million. Born James Chadwick Pennington on June 26, 1976, in Knoxville, Tennessee, he played as quarterback in the National Football League (NFL) for eleven years. Even though Pennington's first sport was basketball, he later realized that football was his true calling.

It was in 1995 while he was on a training camp at Marshall University, where he was noticed by head football coach Jim Donnan and offered a scholarship. Playing college football at Marshall University meant a chance for Pennington to showcase his football skills. Pennington was selected by the New York Jets in the first round, as the eighteenth overall selection in the 2000 NFL Draft. He has since embarked on a successful football career, initially playing for the Jets and then for the Miami Dolphins. As a pro, he has garnered the NFL Comeback Player of the Year Award twice, in 2006 and 2008. 2008 was also the year when he finished second in MVP voting to Peyton Manning. What's more, Chad Pennington is said to be NFL's all-time leader in career completion percentage at 66.0%, among quarterbacks with at least 1,500 pass attempts. After eleven fruitful years on the field, on February 9, 2012, he told the world that he would rather retire than attempt a comeback following his fourth shoulder surgery. As of today, he is a color analyst for NFL telecasts on Fox. 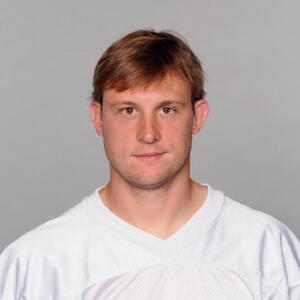