Chad Henne net worth: Chad Henne is an American professional football player who has a net worth of $7 million. Chad Henne was born in Wyomissing, Pennsylvania in July 1985. He is a quarterback who played at West Lawn Wilson High School. Henne played his college football at the University of Michigan where he was an All-American Freshman Team Quarterback and All-Big Ten Conference Honorable Mention in 2004.

In 2006 he was a Manning Award finalist, Maxwell Award semifinalist, Davey O'Brien Award semifinalist, Walter Camp Award watch list member, and All-Big Ten Conference Second Team. He was a member of the First-team All-Big Ten in 2007 and a Senior Bowl North Offensive MVP in 2008. Henne was drafted #57 by the Miami Dolphins in the 2008 NFL Draft. He played for Miami from 2008 to 2011 and for the Jacksonville Jaguars since 2012. Henne signed a four year deal for $3.5 million in 2008. In 2014 he signed a two year extension with Jacksonville for $8 million. 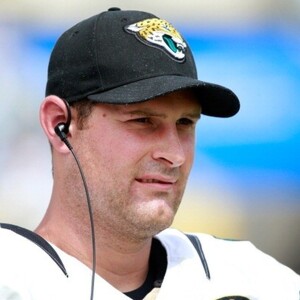