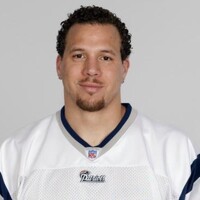 Chad Brown Net Worth: Chad Brown is a former American professional football player who has a net worth of $12 million. Chad Brown was born in Altadena, California, in 1970, and played college football for Colorado. The Pittsburgh Steelers drafted the six-foot-two, 235-pound linebacker with the 44th overall pick during the second round of the 1993 NFL Draft. Brown went on to play for the Steelers until 1996. In 1997, Brown joined the Seattle Seahawks, and remained with the team until 2004. From there, Brown bounced around from the New England Patriots in 2005 back to the Steelers in 2006 and finally back to the Patriots in 2007, which was the final NFL season of his career to date. Brown is a three-time Pro Bowl player (1996, 1998, 1999) and a two-time All-Pro honoree (1996, 1998). In 1995, Brown was part of the AFC championship winning team with the Steelers. He earned the Joe Greene Great Performance Award as a rookie in 1993 and was later named to the Seahawks 35th Anniversary Team. Brown finished his career with more than 300 total tackles to go along with close to 80 quarterback sacks, six interceptions, and five forced fumbles. In addition to his pro playing career, Brown has dealt in the sale of snakes.