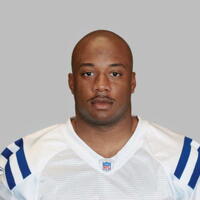 Cato June net worth: Cato June is a former NFL linebacker and high school football coach who has a net worth of $500 thousand. Born in Riverside, California, Cato June grew up in Oklahoma and began playing football there. After relocating to Washington, D.C., he was recruited by Anacostia High School, and went on to distinguish himself as a player to watch over the next three years. His senior year, he was a SuperPrep All-American, and received an honorable mention from USA Today. He was recruited by the University of Michigan and played four successful seasons with the team. He was drafted by the Indianapolis Colts in 2003, and went on to play for the team for the next three seasons. The Colts won the 2005 SuperBowl. He then signed with the Tampa Bay Buccaneers, but was released the following season after struggling with multiple injuries. He signed with the Houston Texans, but broke his forearm during the first practice, and was released. He then signed briefly with the Chicago Bears and the Omaha Nighthaws of the UFL. He began coaching at Anacostia High School in 2011.