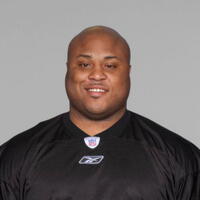 Casey Hampton net worth: Casey Hampton is an American football player who has a net worth of $9 Million. Casey Hampton, known as "Big Snack", played twelve seasons for the Pittsburg Steelers in the National Football League (NFL). The Pittsburg Steelers picked him in the first round of the 2001 NFL Draft and he has been selected for the Pro Bowl five times. He was born on September 3, 1977 in Galveston, Texas. He played college football for the University of Texas and received All-American recognition. He started 37 consecutive games for the Texas Longhorns between 1997 and 2000 and was the first defensive lineman to lead the team in tackles in two consecutive seasons. In 1998 he was named the team's Most Consistent Defensive Player and started every game. Hampton was selected in the first round, with the 19th overall choice, of the 2001 NFL Draft by the Steelers. He rose quickly as a solid player in the middle of the defensive line and played in all 48 games through his first three seasons. Six games into the 2004 season, he suffered a tear of the anterior cruciate ligament in his right knee and missed the remaining games that year. He recovered and continued to play for the Steelers until 2012. Hampton was selected for a Pro Bowl five times (2003, 2005, 2006, 2007, 2009). He was also a two-time Super Bowl Champion, and a three-time AFC champion (2005, 2008, 2010). Hampton was also named the Consensus All-American in 2000, as well as the Big 12 Defensive Player of the Year in the same year. He is currently a free agent.