Cam Newton Net Worth: Cam Newton is an American football player who has a net worth of $75 million. Newton was quarterback for the Carolina Panthers from 2011 to 2019. Through the 2014 season he earned $5.5 million per year (thanks to his four-year $22 million contract). In 2015 he signed a five-year contract extension worth $103.8 million. In his first nine years in the NFL he earned $121 million in base salary alone. He has earned tens of millions off the field from endorsements with companies like Gatorade, Under Armour, Danon and Beats by Dre.

Cam earned the Heisman Trophy during his last year at Auburn, and in 2011, he was the first overall pick in the NFL draft and was named NFL Offensive Rookie of the Year. Newton won numerous awards during his years with the Panthers, but after several injuries, the team released Cam in March 2020. He signed with the New England Patriots in July, and his one-year deal includes a starting salary of $1.05 million; he can potentially make up to $7.5 million due to playing time bonuses and incentives.

Early Life: Cam Newton was born Cameron Jerrell Newton on May 11, 1989, in Atlanta, Georgia. He grew up with mother Jackie, father Cecil Sr., older brother Cecil Jr., and younger brother Caylin. Football runs in the Newton family; Cecil Sr. played for the Dallas Cowboys and Buffalo Bills, Cecil Jr. played for the Jacksonville Jaguars, and Caylin was quarterback at Howard University. Cam played basketball and baseball during his youth but quit both as a teenager. He played football at Westlake High School and was so impressive that Ole Miss, Florida, Maryland, Virginia Tech, Oklahoma, and Mississippi State all offered him scholarships. Newton decided to attend the University of Florida but later transferred to Auburn.

College Career: Cam played on the Florida Gators in 2007 and 2008, but he was suspended from the team in November 2008 after he was arrested for stealing a laptop from a fellow student. Newton transferred to Texas' Blinn College in January 2009, and the team made it to the NJCAA National Football Championship that year. Rivals.com ranked him the #1 high school or junior college quarterback, and he began playing for the Auburn Tigers in 2010. After his first game with the Tigers, Cam was named SEC Offensive Player of the Week. In December 2010, Auburn won the SEC Championship, and Newton played in the BCS National Championship Game the following month. Auburn won that championship as well, and three days later, Cam announced that he would be declaring for the NFL Draft instead of playing his senior season at Auburn. Though Newton joined the Carolina Panthers in 2011, he returned to Auburn during his time off and earned a sociology degree in 2015.

NFL Career: Cam played his first game with the Panthers on September 11, 2011, and he was chosen to play in the Pro Bowl in January 2012. The following month, he was named Pepsi NFL Rookie of the Year and AP Offensive Rookie of the Year, and later that year, Newton was named to the honorary PFWA All-Rookie Team, and his peers ranked him #40 on the "NFL Top 100 Players of 2012" list. He moved up to #24 on the 2014 list, and that year he also played in the Pro Bowl again. In March 2014, he had surgery on his ankle ligaments, which had a four-month recovery time. Cam was able to return to playing during the team's second preseason game, and during the next game, a rough hit caused a hairline fracture on his ribs. In December of that year, Newton fractured his back in two places after he was involved in a car accident in Charlotte, but he only had to miss one game.

In 2015, the Panthers won the NFC Championship, making it to the Super Bowl. Cam was named NFL MVP the day before Super Bowl 50, and though the Denver Broncos defeated the Panthers 24–10 in the game, Newton was voted #1 on the "NFL Top 100 Players of 2016" list. Cam was plagued with injuries during the following seasons, including a concussion, partially torn rotator cuff, and a different shoulder injury. In January 2019, he had surgery on his right shoulder, and later that season, he suffered a Lisfranc fracture in his left foot. The team placed Cam on reserve in November, and in March 2020, they allowed him to seek a trade. Newton did not find a trade partner, and the Panthers released him on March 24th; he signed with the New England Patriots three months later. During Newton's career with the Panthers, he set many records, including most rushing touchdowns by a quarterback in NFL history and most passing yards by a quarterback in a debut game. 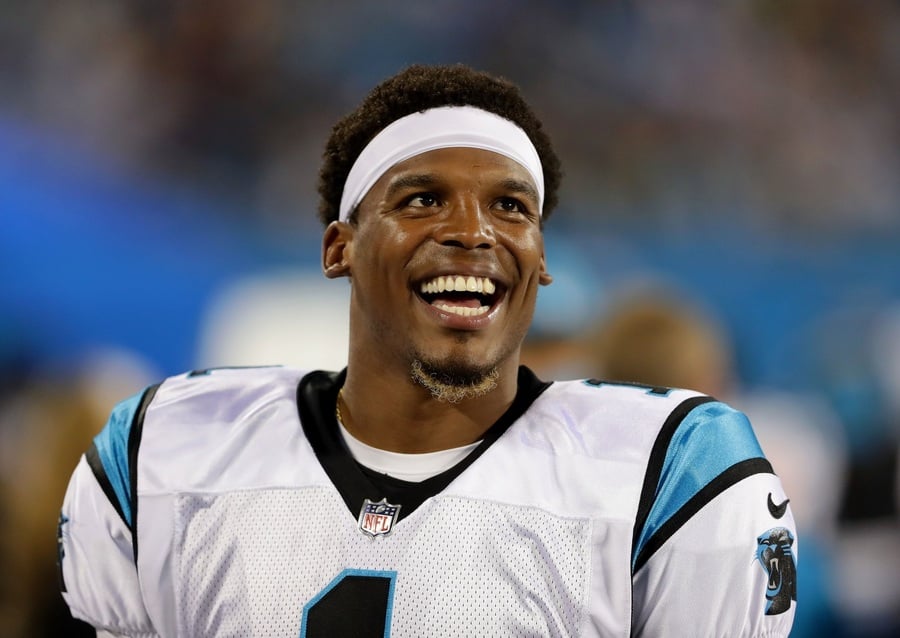 Personal Life: Cam is the father of seven children. Ex-girlfriend Kia Proctor is the mother of Sovereign-Dior, Cashmere, Chosen, and Camidas, and he has a son, Caesar, with Instagram model La Reina Shaw; Caesar was reportedly born while Proctor was pregnant with Cashmere. Newton also considers himself the father of Proctor's daughter Shakira and Shaw's son Jaden. Newton was once a pescatarian and later began following a vegan diet. Cam is a devout Christian and has said that he thanks God every day. In 2013, Belk department stores began selling Newton's line of men's apparel, MADE by Cam Newton, and he opened the Fellaship restaurant/cigar bar in Atlanta in 2019.

Real Estate: In 2012, Newton paid $1.6 million for a 3,335 square foot condo in an exclusive Charlotte building called The Trust. He listed the 3-bedroom home for $3.2 million in May 2019, took it off the market a few months later, then re-listed it for $2.9 million in July 2020. Michael Jordan also lives in the building, occupying an entire floor. 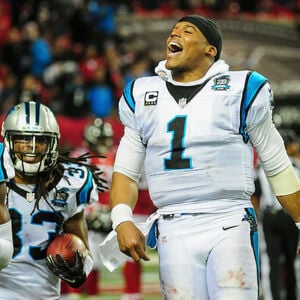