Calvin Pace Net Worth: Calvin Pace is an American professional football player who has a net worth of $14 million. Born in Detroit, Michigan, in 1980, Calvin Pace played college football at Wake Forest University in Virginia. He earned second-team All-Atlantic Coast Conference honors twice during his college career. By the time he turned pro, Pace had 189 tackles, 29 quarterback sacks, and five forced fumbles with Wake Forest.

The Arizona Cardinals drafted him with the 18th overall pick during the first round of the 2003 NFL Draft. Pace played in the Valley of the Sun until 2007 before landing with the New York Jets ahead of the 2008 season. As of the fall of 2014, Pace currently plays with the Jets, though the team released him before the 2013 season. He landed a one-year deal to remain with the team. Following the end of the season, the Jets re-signed Pace to a two-year, $5 million contract to continue playing with New York. The six-foot-four, 265-pound outside linebacker has racked up 565 career tackles, 55.5 quarterback sacks, three interceptions, and 19 forced fumbles five weeks into the 2014 season. Pace, who ran a 4.65 40-yard dash and has a 31-inch vertical jump, has admitted that, off the field, he has a fear of heights. 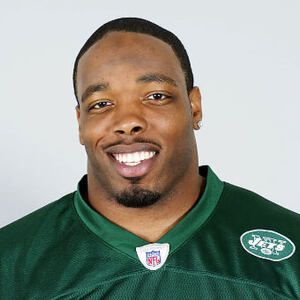