In 2004 he was named SEC Special Teams Player of the Year. In his senior season Williams won an SEC Championship at Auburn. Williams was drafted #5 by the Tampa Bay Buccaneers in the 2005 NFL Draft. He played for the Bucs from 2005 to 2010 before finishing his career with the St. Louis rams in 2011. During his career Cadillac was named AP NFL Offensive Rookie of the Year and Diet Pepsi NFL Rookie of the Year in 2005. After being drafted he signed a five year deal with Tampa Bay worth $31 million. During his NFL career Williams finished with 21 rushing touchdowns and 4,038 rushing yards. In December 2014 Williams finished his degree and graduated from Auburn. 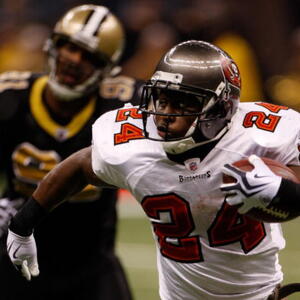