Cade McNown Net Worth: Cade McNown is an American former professional football player who has a net worth of $4 million. Cade McNown was born in Portland, Oregon in January 1977. McNown was a quarterback who attended West Linn High School. He attended UCLA from 1995 to 1998 and became the school's starting quarterback as a true freshman.

In 1998 McNown was a Consensus All-American and won the Johnny Unitas Award and Pop Warner Trophy. In 2009 Cade was inducted into the UCLA Athletics Hall of Fame. He was the #12 pick of the 1999 NFL Draft by the Chicago Bears. McNown played for the Bears from 1999 to 2000 and then played for the Miami Dolphins in 2001 and the San Francisco 49ers in 2002. After retiring he worked for UBS in the private wealth group and then joined JPMorgan Chase Private Bank. McNown became vice president of Lourd Capital Management in 2013. 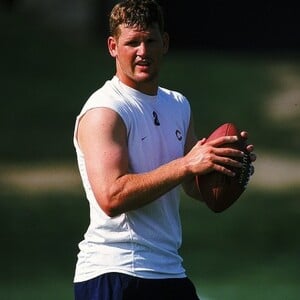