C.J. Sanders net worth: C.J. Sanders is an American college football player and former child actor who has a net worth of $500 thousand. C.J. Sanders was born in Granada Hills, California in September 1996. As an actor he starred as Anthony in the television series Six Feet Under in 2005.

Sanders starred as Cam in the TV series Saved in 2006. He also starred in the movies Ray, Beautiful Loser, and First Sunday. Sanders is a wide receiver who plays his college football at Notre Dame. He played at Sherman Oaks High School where he was a four-star recruit by Rivals.com. C.J.'s father is former NFL wide receiver Chris Sanders and his step-father is former NFL safety Corey Harris. He has his own non-profit organization called CJ's Gift Foundation. Sanders was nominated for a Black Reel Award, an Image Award, and two Young Artist Awards for Ray. 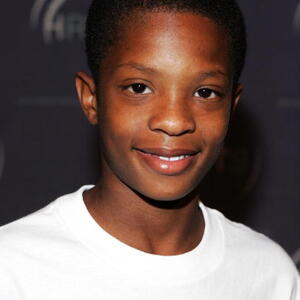