Byron Maxwell net worth and salary: Byron Maxwell is an American football player at the cornerback position for the Seattle Seahawks who has a net worth of $1.5 million. Byron Maxwell was born in North Charleston, South Carolina in 1988 and played high school football at Fort Dorchester High School.

During his junior season, Byron Maxwell had 50 tackles, 19 pass breakups, five interceptions, and one forced fumble while playing cornerback. Byron Maxwell tore his ACL and missed his entire senior season, but still garnered offers to play at Georgia, Maryland, Nebraska, Notre Dame, South Carolina, Clemson, and Virginia Tech. Byron Maxwell played college football at Clemson where he redshirted his freshman year to continue to rehab his knee. Byron Maxwell went on to have 27 tackles and four pass breakups his sophomore year, a team leading 15 tackles as a junior , and as a senior, while playing in all 13 games and starting eight, he had 48 tackles. Byron Maxwell played in four bowl games during his collegiate career and was known as being one of the hardest hitting defensive backs in the ACC. 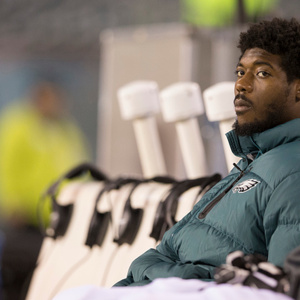