Bryant McKinnie Net Worth: Bryant McKinnie is an American football player who has a net worth of $13.5 Million. Born Bryant Douglas McKinnie on September 23, 1979, in Woodbury, New Jersey, he serves as an offensive tackle for the Miami Dolphins of the National Football League (NFL). McKinnie got the chance to flaunt his skills in two college football teams, first at Lackawanna College in Scranton, Pennsylvania, and then at the University of Miami.

But it was during his tenure with the Miami Hurricanes that he was recognized twice as an All-American. Next, he was selected by the Minnesota Vikings as the seventh overall pick in the 2002 NFL Draft. McKinnie remained with the team until 2011, when he signed with the Baltimore Ravens. While in 2013, he joined the team of the team of Miami Dolphins where he still plays. With the Vikings, he was one-time Pro Bowl selection in 2009, and he helped the Ravens win Super Bowl XLVII. Aside from his fruitful career on the football pitch, Bryant McKinnie is also the CEO and founder of BMajor Music Group and BMajor Foundation. 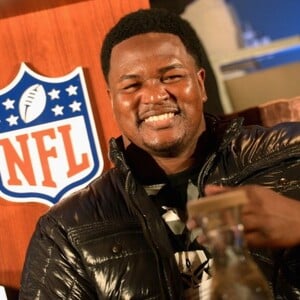