Bruce Smith net worth: Bruce Smith is a former American NFL football defensive end who has a net worth of $12 million. He played for the Buffalo Bills for four consecutive Super Bowls as an AFC champion, and also played for the Washington Redskins. He holds the NFL career record for quarterback sacks and was enshrined in the Pro Football Hall of Fame in 2009.

He was born on June 18, 1963 where he was raised and attended school. Following an all-state high school football career, he was accepted to Virginia Tech with an athletic scholarship, and finished his college career as the most honored player in Hokie history. He played for 19 NFL seasons that amounted to 279 games, 200 sacks, two interceptions, 46 forced fumbles, and 15 fumble recoveries. Of his 19 seasons in professional football, 13 of them were seasons where he had at least 10 sacks, and Smith was named All-Pro nine times throughout his career. Upon retiring from football, he returned to Virginia, and currently lives in Virginia Beach. Smith now works as a large-scale hotel designer and works on many projects with Armada Hoffler. He is a Baptist and is member of Queen Street Baptist Church in Norfolk. He and his wife, Carmen, have a son named, Alston. 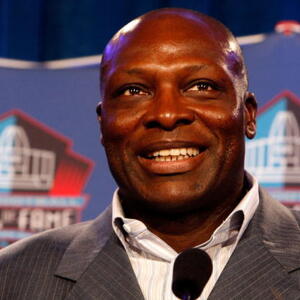