Brian Westbrook net worth and salary: Brian Westbrook is an American retired professional football player who has a net worth of $16 million dollars. Brian Collins Westbrook was born in Fort Washington, Maryland in September 1979. He lettered in football and basketball at DeMatha Catholic High School. Brian played college ball at Villanova University. He holds the NCAA all-time record for all-purpose yards with 9,512. As a senior Brian won the Walter Payton Award. He was a two time A-10 Offensive Player of the Year. Even though he was small and injury prone Westbrook was drafted by the Philadelphia Eagles in the third round of the 2002 NFL Draft. He played with the Eagles from 2002 to 2009. During that time he won an NFC Championship, was selected to two Pro Bowls and was a two time All-Pro. In 2007 he was the NFL Alumni Running Back of the Year and was selected to the Philadelphia Eagles 75th Anniversary Team. Westbrook played running back and punt returner and also had many receptions. He finished his career with the San Francisco 49ers in 2010 and retired with the Eagles in 2012. In 2013 it was reported that he is experiencing memory loss, likely due to concussions. He has a real estate investment company in the DC area and has formed the charity group Brian's Blessings. 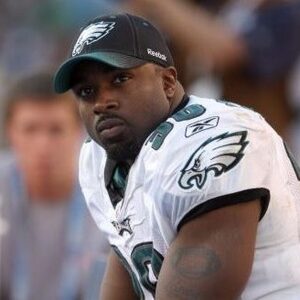