Brian Waters Net Worth: Brian Waters is a retired American professional football player who has a net worth of $13 million. Brian Waters was born in 1977 in Waxahachie, Texas, and played his college football close to home for North Texas. Waters went undrafted during the 1999 NFL Draft and was picked up by the Dallas Cowboys shortly thereafter.

He did not suit up in a regular season game for the Cowboys, but eventually made his pro debut a season later as a member of the Kansas City Chiefs in 2000. Waters went on to spend the next decade with the Chiefs, becoming a mainstay at the guard position along Kansas City's offensive line. The six-foot-three, 320-pound guard later played for the New England Patriots from 2011 until 2012 before joining the Dallas Cowboys for his final season in the league in 2013. Waters finished his career as a six-time Pro Bowler (2004-2006, 2008, 2010-2011) and two-time All-Pro (2004, 2005). He was a member of the Patriots' 2011 AFC championship winning team and earned the 2009 Walter Payton Man of the Year Award. Waters appeared in 186 career NFL games and started 170 of them. He officially announced his retirement in early September of 2014. 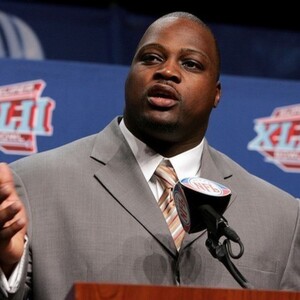