Brian Mitchell net worth: Brian Mitchell is an American former professional football player who has a net worth of $8 million. Brian Mitchell was born in Fort Polk, Louisiana in August 1958. He was a running back and return specialist who played quarterback at the University of Southwestern Louisiana where he was one of the first option quarterbacks, and the first to throw for more than 5,00 yards and run for more than 3,000 yards. Mitchell was drafted #130 by the Washington Redskins in the 1990 NFL Draft. He played for the Redskins from 1990 to 1999 and also for the Philadelphia Eagles from 2000 to 2002 and for the New York Giants in 2003. Mitchell won a Super Bowl championship with the Redskins and was named to the Pro Bowl in 1995. He was a three time First-team All-Pro who has been named to the Washington Redskins 70th Anniversary Team and the 80 Greatest Redskins. He was also inducted into the Washington Redskins Ring of Fame and will be inducted into the 2017 Pro Football Hall of Fame. 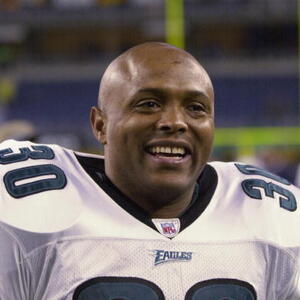