Brent Celek net worth: Brent Celek is an American professional football player who has a net worth of $6 million. Brent Celek was born in Cincinnati, Ohio in January 1985. He is a tight end who was first-team all-district at La Salle High School. Celek played his college football for the Cincinnati Bearcats where he won the MVP and was a second-team All-Big East Conference selection.

He was drafted #162 by the Philadelphia Eagles in the 2007 NFL Draft and has played his entire career for the Eagles. His brother Garrett Celek has played with the San Francisco 49ers. Through the 2014 season, Brent Celek had 27 touchdowns, 344 receptions, and 4,315 receiving yards. 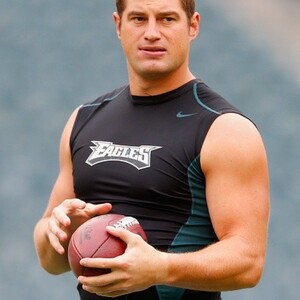