Brandon McManus net worth: Brandon McManus is an American professional football player who has a net worth of $6 million. Brandon McManus was born in Philadelphia, Pennsylvania in July 1991. He is a placekicker who played at Towamencin Township North Penn High School. McManus played his college football at Temple where he set a school record for most career points with 338.

He went undrafted in 2013 but signed with the Indianapolis Colts, but was waived before the season started. He played in the preseason for the New York Giants in 2014 before being traded to the Denver Broncos the same year. McManus has played for the Broncos since 2014. In October 2015 he was named AFC Special Teams Player of the Month. McManus won the AFC Championship with the Broncos in 2015. 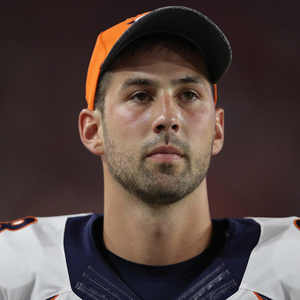