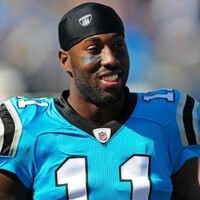 Brandon LaFell net worth and salary: Brandon LaFell is an American professional football player who has a net worth of $10 million. Brandon LaFell was born in Houston, Texas in November 1986. LaFell is a wide receiver who played at Lamar High School and was named first-team All-Greater Houston Area in 2004. He played his college football at Louisiana State University where he won an SEC Championship in 2007 and a BCS National Championship in 2008. LaFell was named Freshman All-SEC in 2006 and First-Team All-SEC in 2008. He was drafted #78 by the Carolina Panthers in the 2010 NFL Draft. LaFell signed a three year deal worth $9 million with the New England Patriots in 2014 and has his best season as a pro. He holds a record for the longest touchdown catch in Carolina Panthers history at 91 yards. LaFell won the AFC Championship with the Patriots in 2014.