Brandon Jacobs net worth: Brandon Jacobs is a retired American football player who has a net worth of $8 million. Brandon Jacobs earned his net worth as a running back in the NFL, most recently for the New York Giants. Jacobs, who is also known as 'the Destroyer', played college football at Coffeyville, Auburn and Southern Illinois.

At Coffeyville, he was a JUCO All-American and received the Reb Russell Memorial Football Scholarship Award. He caught the attention of the Giants who selected him in the 2005 NFL Draft. As a Giants Player, Jacobs' performance produced record-breaking results: he scored the winning touchdown against the Dallas Cowboys in the NFC Divisional playoff during the 2007 season and helped the Giants win Super Bowl XLII. In 2009, Jacobs signed a four-year deal worth $25 million with the Giants. By 2012, Jacobs was released by the Giants, striking a deal with the 49ers almost twenty days later. Brandon returned to the Giants in 2013 for one final NFL season. 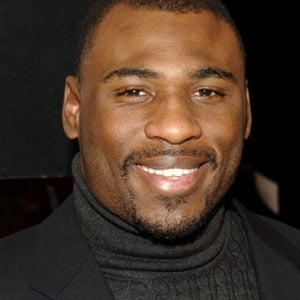