Brandon Bolden net worth and salary: Brandon Bolden is an American professional football player who has a net worth of $2 million. Brandon Bolden was born in Baton Rouge, Louisiana in January 1990. Bolden is a running back who played at Scotlandville Magnet High School where he was First Team All-District 5-5A and named SuperPrep All-Region.

He played his college football at the University of Mississippi where he broke an ankle. Bolden went undrafted but signed as a free agent with the New England Patriots in 2012. In Week 4 of the 2012 season Bolden was named the FedEx Ground Player of the Week. He was suspended for four games in 2012 for violating the NFL's policy on performance-enhancing substances. In January 2014 Bolden was signed to a two year extension by New England. Brandon's grandfather Frank Pitts played for the Kansas City Chiefs in Super Bowl I. 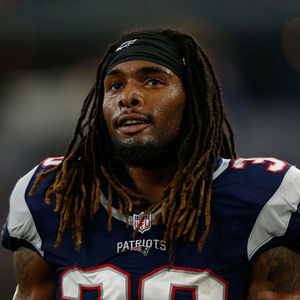