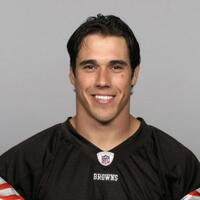 What is Brady Quinn's Net Worth and Salary?

Brady Quinn is an American football player who has a net worth of $10 million. Brady Quinn now serves as a college football and NFL analyst. When he was in college, he played for Notre Dame, and was subsequently drafted by the Cleveland Browns in 2007. Afterward, Quinn signed with teams including the Denver Broncos, Kansas City Chiefs, New York Jets, and St. Louis Rams.

In 2007, Brady Quinn signed a five year $20 million deal that came with $7.75 million in guaranteed money. The contract could have grown to $30 million thanks to a variety of incentives. Unfortunately for Brady, none of those incentives were ever activated. He retired from the NFL in August 2014.

Brady Quinn was born in 1984 in Columbus, Ohio to parents Robin and Tyrone. He has two siblings: older sister Laura and younger sister Kelly. Quinn went to Dublin Coffman High School in Dublin, Ohio, and was ranked number 20 on ESPN's list of the top 100 national football prospects. In 2001, as a junior, he threw for 2,200 yards and 21 touchdowns, achieving a 9-4 record that led Coffman High School to the Division I state semifinals. As a senior the following year, he threw for 2,149 yards and 25 touchdowns, bringing his team to the US Army All-American Bowl. In 2002, Quinn earned a scholarship from Notre Dame.

At Notre Dame, Quinn set 36 records during his tenure with the Fighting Irish. Among them, he broke the record for career pass attempts with 1,602, completions with 929, and touchdown passes with 95. Quinn won 29 games as a starter, tying him with Ron Powlus and Tom Clements for the second most in the school's history. In 2005, Quinn was named to the AP All-America Team, and won the Sammy Baugh Trophy as the top passer in the nation for the season. The following year, he tallied 3,426 yards on 289 completions, with 37 touchdowns and only seven interceptions. Later, he and the Fighting Irish played in the 2007 Sugar Bowl, ultimately losing to LSU.

Quinn's awards during his college career included the Johnny Unitas Golden Arm Award, for the best college quarterback in the country, and the Maxwell Award, for best college football player. In 2007, Quinn graduated from Notre Dame with dual degrees in finance and political science.

After graduating, Quinn was drafted by the Cleveland Browns, with which he signed a five-year, $20.2 million deal. However, he ultimately served three seasons on the team. While his first two in 2007 and 2008 were less than successful, Quinn had his best professional outing yet in Week 11 of the 2009-2010 season, throwing for 304 yards with four touchdowns against the Detroit Lions. That day, he set a record for the Cleveland Browns for being the only quarterback in franchise history to throw three touchdowns in a single quarter. The Browns later defeated the rival Pittsburgh Steelers, knocking them out of playoff contention and giving Quinn his first win of the year as starting quarterback. The following week, the team defeated the Kansas City Chiefs, despite Quinn weathering a foot injury during the game. In December of 2009, the Browns placed Quinn on Injured Reserve for the final two games of the season. 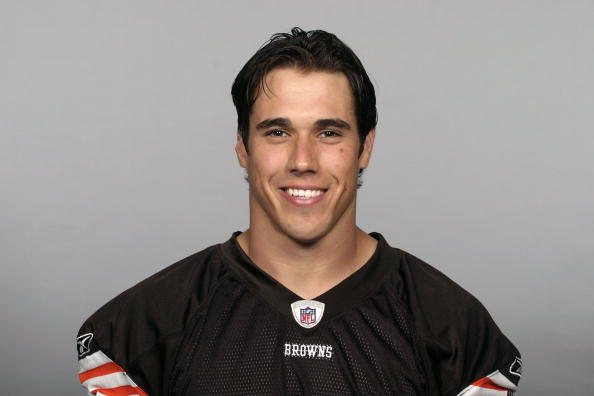 Quinn was traded to the Denver Broncos in exchange for Peyton Hillis in early 2010. He started the regular season second on the depth chart, and did not play in any game during the year. For the next season, Quinn remained on the bench as Tim Tebow and Kyle Orton started the Broncos games.

In March of 2012, Quinn signed with the Kansas City Chiefs. That December, Quinn played one of his best games as a starter, winning 27-21 over the Carolina Panthers by completing 19-23 passes for 201 yards and two touchdowns. Following this game, he was selected as the AFC Offensive Player of the Week.

In April of 2013, Quinn signed with the Seattle Seahawks as the backup quarterback to Russell Wilson. However, he was ultimately released in August during the final roster cuts. That September, he signed with the New York Jets, but was released within five days. After resigning, he was released again in late October.

Following his release from the Jets, Quinn signed with the St. Louis Rams as a backup to Kellen Clemens. During his second week with the team, Quinn herniated two back discs in the weight room, and consequently never made it onto the field.

Not planning to play for the 2014 season, Quinn signed on to be a color commentator for "NFL on Fox." While there, he took advantage of a clause in his contract that allowed him to leave to play in the NFL. As a result, he signed with the Miami Dolphins in August; shortly afterward, he was released.

Beyond Fox, Quinn is a college football and NFL analyst for CBS Sports HQ, and appears weekly on the "PickSix Podcast." Three days out of the week, he also cohosts Sirius XM NFL Radio's "Blitz," alongside Bruce Murray.

In 2009, Quinn started dating Olympic gymnast Alicia Sacramone. They got engaged in 2013, and married in 2014. Together, they have three daughters.

In 2011, Quinn founded 3rd and Goal Foundation, a charity that strives to make homes handicap accessible for wounded veterans, give gifts to military families in need, and provide educational resources to help veterans begin, continue, or finish their educations. Quinn serves as co-chair of the Foundation alongside his wife.