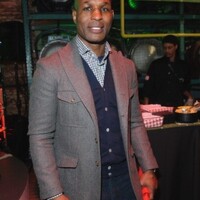 Brad Hopkins Net Worth: Brad Hopkins is a retired American professional football player who has a net worth of $12 million. Brad Hopkins was born in Columbia, South Carolina, in 1970, and played college football for the University of Illinois Illini. After earning his speech communications degree, the Houston Oilers drafted Hopkins during the first round of the 1993 NFL Draft, and he made his rookie debut with the team later that year. Hopkins played every game of his more-than-a-decade-long career with the Oilers franchise and was with the team through their move to Tennessee as the Tennessee Oilers and later the Tennessee Titans. Hopkins was a member of the team until 2005. The offensive tackle was selected to participate in two Pro Bowls, once in 2000 and later in 2003. In 2000, he was named an NFL All-Pro. Hopkins played in 194 career games and started all but six of them. He recovered seven fumbles over the course of his career. Hopkins made his NFL retirement official in June of 2006 as one of the last remaining players who had been with the team during their days as the Houston Oilers. Since his retirement, Hopkins has worked as a radio football analyst for several media outlets, including NFL Radio and College Sports Nation.