What is Boomer Esiason's Net Worth?

Boomer Esiason is a retired American football quarterback and current network/radio sports commentator. Boomer Esiason has a net worth of $20 million. Esiason had a successful career in the NFL, playing for 14 seasons for a number of teams. However, he is best known for his work with the Cincinnati Bengals. He also played for the New York Jets and the Arizona Cardinals over the course of his career. During his career Boomer earned $25 million in salary alone. He earned several million more from endorsements.

Boomer holds the honor of being the last quarterback to lead the Bengals to victory during the playoffs. His other achievements include four Pro Bowl appearances and first-team All-Pro honors. In 1988, he also won the NFL MVP award. He came close to winning the Super Bowl against the 49ers that year. Today, he is considered one of the most successful quarterbacks in NFL history in terms of statistics.

Today, Esiason is probably best known for his role as an analyst and a host. He has worked with a number of sports networks, including CBS Sports. Through CBS Sports, Esiason has hosted "The NFL Today." While working with Showtime, he hosted "Inside the NFL." He has also worked with ABC, HBO, and Westwood One. In addition, Boomer hosts his own sports radio program in New York called "Boomer and Gio."

Norman Julius "Boomer" Esiason was born on April 17th of 1961 in East Islip, New York. Even before he was born, Esiason had already earned his nickname. He earned the nickname "Boomer" because he was constantly kicking while in the womb. Sadly, his mother passed away at the age of 37, when Boomer was only seven. This left Norman's father to raise him and his two sisters alone, which he did. While attending high school, Boomer became an avid football player, but he also played basketball and baseball.

After graduating, Esiason attended the University of Maryland, where he continued to play football under coaches such as Jerry Claiborne and Bobby Ross. Maryland was the only school to offer Boomer a scholarship, and he proved that their faith was well-placed. Over the course of his college career, he set no less than 17 school records. By the end of his college days, he had thrown for 6,169 yards with 42 touchdowns. In his final game, he also helped his team win the ACC title. Esiason eventually graduated from the University of Maryland with a B.A.

After graduating from the University of Maryland, Boomer was selected by the Cinccinnati Bengals during the 1984 NFL Draft. He was the 38th overall pick, which left some experts surprised given the fact that he had achieved so much during his college career. Later in 1984, Boomer started his first game for the Bengals. This led to a decisive win against the Houston Oilers, with Esiason scoring the game's only touchdown. After this success, Boomer took over as the starting quarterback for Cincinnati.

Although Esiasion was relatively large and heavy for a quarterback, he regularly proved his surprising speed, scoring seven touchdowns early in his career and rushing for thousands of yards. He was also an excellent passer during these early years, and in the final game of 1986 he threw five touchdown passes and set a new team record. During this period, he also quickly adapted to coach Sam Wyche's "no-huddle" offense strategies.

In 1988, Esiason led the Bengals to their second-ever Super Bowl appearance. Unfortunately, it was not meant to be. Due to a mistake by a Cincinnati cornerback, the victory was thrown away. Boomer continued to play for the Bengals for the next few years and maintained a high level of performance, equaling or breaking many of his own records. 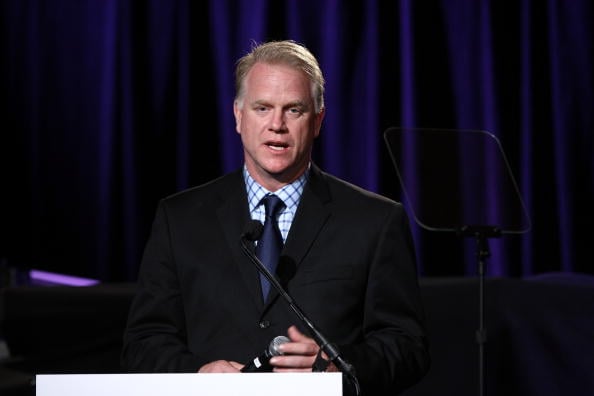 In 1993, Esiason was traded to the New York Jets. In 1995, Boomer was seriously injured while playing against the Buffalo Bills. He suffered a severe concussion and entered a medical study to determine the effects of this injury. This was probably the first time the effects of concussion were officially studied in the NFL.

Boomer was subsequently released by the Jets and he signed with the Arizona Cardinals as a free agent in 1996. During this year, he threw for 522 yards in a game against the Washington Redskins, which is one of the most passing yards ever achieved by a quarterback in the NFL.

In 1997, Boomer strongly considered retirement. However, he was convinced to play one last season with the Bengals. Despite his age, Esiason proved to be surprisingly proficient and completely replaced the starting quarterback midway through the season. He eventually achieved a passer rating of 106 for his final season. The Bengals were winning so many games with Boomer that they tried to convince him to stay for two more years. However, Esiason was ready to retire. He played his final game in December of 1997, during which his last play was a 79-yard touchdown play-action pass. The Bengals won the game, and Boomer was able to leave football on a high note.

Over the course of his life, Boomer has appeared in more than 25 commercials for brands like Diet Coke, Wheaties, Reebok, Samsung, Hanes, Domino's, Doritos, and many others.

Esiason has appeared in a number of television shows and movies over the course of his career. However, he is probably best known in the entertainment world for his broadcasting career, which began even before he retired from football. After his retirement, he already had experience as a color analyst and went into this new career on a full-time basis. He first started with ABC's "Monday Night Football," but he was ultimately fired for conflicts with Al Michaels. He then worked extensively with Westwood One before working for CBS and Showtime. Boomer also started the radio show "Boomer and Gio," and he also appears regularly on "The Jim Rome Show." 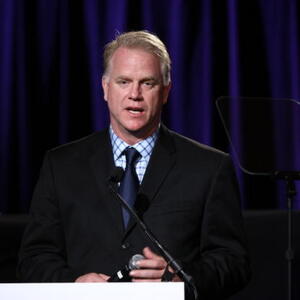