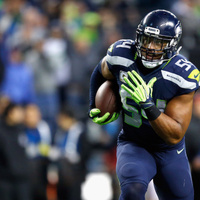 Bobby Wagner net worth: Bobby Wagner is an American professional football player who has a net worth of $25 million. Bobby Wagner was born in Los Angeles, California, and first distinguished himself playing football in high school. He earned all-CIF Central Division honors, as well as second-team California Division 2 All-State honors. His only college football offer came from Utah State, so he accepted, and enrolled in the program. His senior year at Utah State, he was named the WAC Defensive Player of the Year. He was drafted by the Seattle Seahawks in 2012, and quickly proved to be a good choice. His Round 2, Pick 47 spot is the highest draft spot for a player from Utah State since 1980. ProFootballFocus subsequently ranked him as the #1 Rookie Inside Linebacker in the NFL and the #2 Inside Linebacker in the NFL. He helped the Seahawks to their 2013 NFC Championship.