Bobby McCray net worth: Bobby McCray is an NFL player who has a net worth of $10 million. Bobby McCray earned his net worth as a defensive end for the Jacksonville Jaguars, New Orleans Saints and Philadelphia Eagles. McCray is now a free agent. After a successful football career at University of Florida, McCray was selected by the Jaguars for the 2004 NFL Draft, where he remained with the team for four seasons.

During his time as a Jaguar, McCray was partly responsible for the team winning the 2007 AFC Wild Card game. In 2008, the 6ft6 player signed a contract, worth $20 million, with the New Orleans Saints. He started off on a high, as he led the Saints to win the Super Bowl XLIV. By the 2009 season, he played as a reserve for the team. In the 2010 NFC Championship game, McCray received a hefty fine of $20,000 for 'illegal hits' on Minnesota Vikings player Brett Favre. McCray was released by the Saints in June 2010 and re-signed a year contract a month later – however by September 2010, he was waived from the team, striking a deal with the Philadelphia Eagles in December 2010. He was with the team for the 2010 season before becoming a free agent. 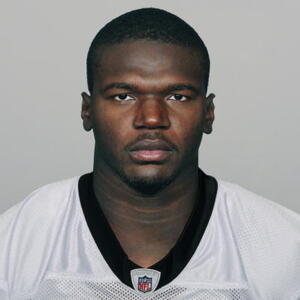