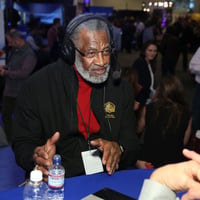 Bobby Bell net worth: Bobby Bell is an American former professional football player who has a net worth of $500 thousand. Bobby Bell was born in Shelby, North Carolina in June 1940. He was a linebacker and defensive end who played at the University of Minnesota where he won the NCAA Championship in 1960, the Outland Trophy in 1962, and was a two-time First-team All-American. Bell was drafted #16 by the Kansas City Chiefs in the 1963 NFL Draft. He played for the AFL Chiefs from 1963 to 1969 and for the NFL Chiefs from 1970 to 1974. During his career Bell won a Super Bowl Championship in 1969 and two AFL Championships in 1966 and 1969 with the Chiefs. He was a six-time AFL All-Star and five-time First-team All-AFL selection. He was named to the AFL All-Time Team and the NFL 1970s All-Decade Team. Bell was a three time NFL Pro Bowl selection and a first-team All-Pro selection in 1970. He was inducted into the North Carolina Sports Hall of Fame and his #78 has been retired by the Kansas City Chiefs. After he retired from football he opened up Bobby Bell's Bar-b-que in Kansas City.