Bob Griese Net Worth: Bob Griese is an American former professional football player who has a net worth of $5 million. Bob Griese was born in Evansville, Indiana in February 1945. While at Rex Mundi High School he earned 12 varsity letters in football, basketball, and baseball. Griese was a quarterback who attended Purdue.

While there he was a two-time All-American and was awarded the Big Ten Medal of Honor. He has been inducted into the Rose Bowl Hall of Fame and the College Football Hall of Fame. Griese was drafted #4 by the Miami Dolphins in the 1967 NFL Draft. He played his entire NFL career with Miami from 1967 to 1980. During his career Griese won two Super Bowl Championships with Miami. He won the Sammy Baugh Trophy in 1966 and was a two time AFL All-Star. Griese was selected to six Pro Bowls and was a two time AP First-Team All-Pro. He was the NFL MVP in 1971 and 1978 and was the NFL season passing touchdown leader in 1977. Griese won the Walter Camp Man of the Year in 1992. He has had his Miami Dolphins #12 retired and has been inducted into the Miami Dolphins Honor Roll. Griese was inducted into the Pro Football Hall of Fame in 1990. After retiring he got into broadcasting and has worked for NBC Sports, ABC Sports, ESPN, and the Miami Dolphins. Bob's son Brian Griese is also a former NFL quarterback. 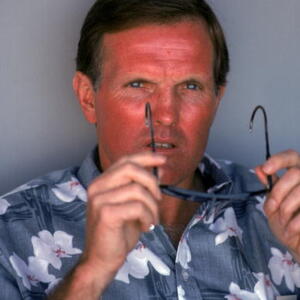