Bill Romanowski Net Worth and salary: Bill Romanowski is a former American professional football player, actor and writer who has a net worth of $4 million dollars. Born in Vernon, Connecticut, in 1966, Bill Romanowski played linebacker at Boston College before being selected in the third round of the 1988 NFL Draft by the San Francisco 49ers.

The two-time Pro Bowler played for the 49ers, Philadelphia Eagles, Denver Broncos and Oakland Raiders before hanging up the cleats in 2003 after a 16-year career. He won four Super Bowls: twice with the Niners and twice with the Broncos. When he retired, Romanowski had racked up 1,105 tackles, 39.5 sacks, 18 forced fumbles and 18 interceptions; he set an NFL record for most consecutive game appearances that stood until 2013. He frequently made headlines for on-the-field fighting, and was sued in 2003 for injuring a teammate during a scrimmage. Romanowski's life wasn't any quieter off the field, and he was part of the BALCO steroid investigation. In 2005, he admitted he used steroids from BALCO. After his retirement, Romanowski went on to star on several TV shows and films, including "Blue Mountain State", "Tosh.0", "The Benchwarmers", "Blitz: The League", and "The Longest Yard". He is the author of the bestselling autobiography "Romo My Life on the Edge: Living Dreams and Slaying Dragons" and posed for the "Sports Illustrated Swimsuit Edition" in 2000 with his wife. He is a frequent guest on ESPN's "The Herd with Colin Cowherd" and is a member of the National Polish-American Sports Hall of Fame. He founded the supplement company Nutrition 53 in 2006. 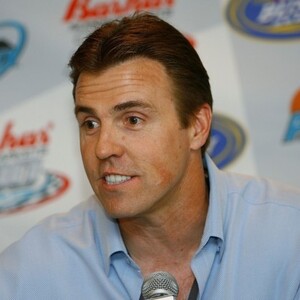