Bertrand Berry Net Worth: Bertrand Berry is a retired American professional football player who has a net worth of $12 million. Born in Houston, Texas, in 1975, Bertrand Berry played college football for the University of Notre Dame Fighting Irish. The Indianapolis Colts drafted Berry with the 86th overall pick during the third round of the 1997 NFL Draft.

He went on to play for Indianapolis until 1999 when he landed a contract with the St. Louis Rams. The Rams cut Berry ahead of the season and he landed with the Canadian Football league's Edmonton Eskimos in 2000. After a stint in the CFL, the Denver Broncos signed him to a deal, and he played in the Mile High City until 2003. Berry joined the Arizona Cardinals as a free agent a year later and played with the team until 2009. Berry went on to appear in one career Pro Bowl with the Cardinals and earned All-Pro honors during the same season (2004). He led the NFC in sacks that year. He was part of the Cards' NFC Championship team in 2008, though the team went on to lose the Super Bowl to Ben Roethlisberger and the Pittsburgh Steelers. Upon his retirement following the 2009 season, Berry finished his career with 232 tackles, 65 quarterback sacks, and 13 forced fumbles. Since the end of his pro playing career, Berry worked on a radio show in Arizona, "The Bertrand Berry Show", until the end of 2012. 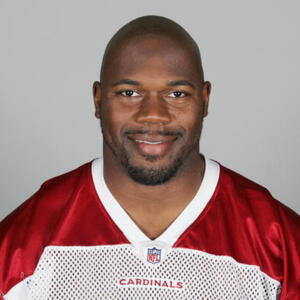