Bernie Casey net worth: Bernie Casey was an American actor, poet, and professional football player who had a net worth of $2 million at the time of his death in 2017. Bernie Casey was born in Wyco, West Virginia in June 1939 and passed away in September 2017. He was a wide receiver who played for Columbus East High School and played his college football at Bowling Green. Casey was drafted #9 overall in the 1961 NFL Draft by the San Francisco 49ers. He played for the 49ers from 1961 to 1966 and for the Los Angeles Rams from 1967 to 1968. Casey was a Pro Bowl selection in 1967 and finished with 40 touchdowns. As an actor he starred in several films including Guns of the Magnificent Seven, Brian's Song, Hit Man, Cleopatra Jones, The Man Who Fell to Earth, Brothers, Revenge of the Nerds, Spies Like Us, I'm Gonna Git You Sucka, Bill & Ted's Excellent Adventure, Another 48 Hrs., Revenge of the Nerds III: The Next Generation, Revenge of the Nerds IV: Nerds in Love, and more. In 1974 he won an Image Award for Outstanding Actor in a Motion Picture for Maurie. A book of his paintings and poems titled Look at the People was published in 1969. Bernie Casey passed away on September 19, 2017 at 78 years old. 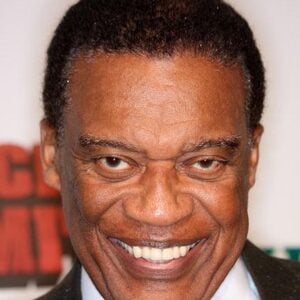