Bernard Pollard net worth: Bernard Pollard is an American football player who has a net worth of $13.5 Million. His full name is Bernard Karmell Pollard. He was born 23 December in 1984 at Fort Wayne, Indiana in America. He started his high school life in South Side High School in Fort Wayne and from the high school life he started to play football, basketball and track & field. In that time he also selected as a senior footballer in "The News Sentinel" area and his first team was All-State honoree. After completing high school life, Pallard started to play at Purdue University and he played there three years. On that time he had a reputation for being fresh. As a freshman he was named a first team "All American". On the other hand, he gathered 66 tackles, one pass break up and one fumble recovery in 2003. In 2004, he was selected in second team named "All-Big Ten" Pollard started his professional career life Kansas City Chiefs in 2006. In 2006 he played the majority of his rookie season with special teams and ended the year along with ten tackles, one pass break-up, one forced fumble and 3 blocked punts, 1 against Arizona, 1 against San Diego, and another against Jacksonville. He played in Kansas City Chiefs from 2006 to 2008 and after that he joined with Houston Texans on September 2009. First year with Houston, it was a career year of him, racking up 102 tackles (81 solo), 1.5 sacks, four interceptions and two defensive touchdowns. After that he joined Baltimore Ravens in 2011. While playing with Baltimore defense in 2011, he compiled 75 tackles, 2 sacks, 3 forced fumbles, as well as an interception. However, he joined Tennessee Titans On March 21, 2013 only for one year contract and he is still now playing there. He is married with Meghan and they have a son Jaylen and daughter Alonna. He founded "Pollard's Helping Hands Foundation", which highlights on feeding hungry urban needy children. 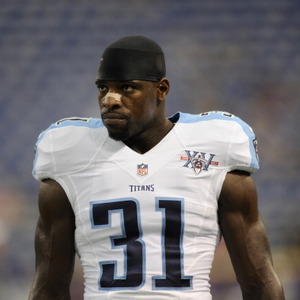