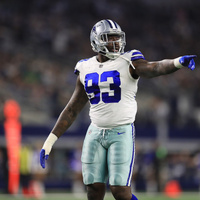 Benson Mayowa net worth: Benson Mayowa is an American football player who has a net worth of $6 Million. He currently plays defensive end for the Seattle Seahawks. Benson Mayowa was born on August 3, 1991 in Inglewood, California. He attended Inglewood High School, and was a first-team all-league choice and second-team all-California Interscholastic Federation player selection. As a senior, he recorded 75 tackles and 11 sacks. After graduating, Mayowa committed to Idaho. As a true freshman, he played in 12 games, recording two tackles for loss and a sack in the Vandals' win in the Humanitarian Bowl. In 2010, Mayowa was Idaho's starting defensive end, and finished with 25 total tackles, three sacks, three forced fumble and a fumble recovery. In 2011, he started in six of 10 appearances, recording 17 tackles, three sacks, two forced fumbles and a fumble recovery. During his senior season in 2012, Mayowa started in eight of 11 appearances, finishing the year with 22 tackles, three sacks, three forced fumbles and a pass breakup. After going undrafted during the 2013 NFL Draft, Benson Mayowa signed with the Seattle Seahawks as a free agent. He played in just two games during his rookie season, recording two tackles.