Augustine High School and played his college football at Indiana University and the University of Mississippi. Green-Ellis was a Sporting News Big Ten All-Freshman, First-team All-SEC, and Honorable mention All-SEC. He went undrafted in the 2008 NFL Draft and signed with the New England Patriots as a free agent. Green-Ellis played for New England from 2008 to 2011. He played for the Cincinnati Bengals from 2012 to 2013 before becoming a free agent. Green-Ellis won an AFC Championship in 2011. He holds the record for longest streak of carries to start an NFL career without a fumble at 589. 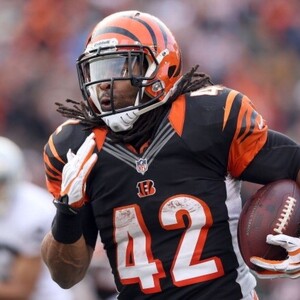