How much is Benjamin Watson Worth?

Benjamin Watson net worth: Benjamin Watson is an American professional football player who has a net worth of $10 million. Benjamin Watson was born in Norfolk, Virginia in December 1980. He is a tight end who played at Northwestern High School. Watson played his college football at Georgia. He was drafted #32 overall by the New England Patriots in the 2004 NFL Draft. Benjamin Watson played for the Patriots from 2004 to 2009. He played for the Cleveland Browns from 2010 to 2012 and the New Orleans Saints from 2013 to 2015. Watson played for the Baltimore Ravens from 2016 to 2017 and rejoined the Saints in 2018. He won the Super Bowl with the Patriots in 2004. He missed the 2016 season due to injury but in his first 14 seasons he had 44 touchdowns and 5,885 receiving yards. Watson signed a one year deal worth $2 million with the Saints in 2018. 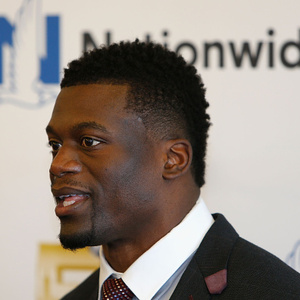