What is Ben Roethlisberger's Net Worth and Salary?

Ben Roethlisberger is an American professional football quarterback who has a net worth of $100 million. Also known as "Big Ben," Roethlisberger is most famous for playing for the Pittsburgh Steelers since 2004. After his first season, Ben was named Offensive Rookie of the Year. Two years later, he became the youngest Super Bowl-winning quarterback in NFL history at the age of 23.

Roethlisberger is known for his extremely efficient passing, with a strong number of passing yards and a respectable passing completion rate. Ben is also known for his tendency to play outside the passing pocket, employing tactics that he refers to as "backyard football."

Ben Roethlisberger was born on March 2nd of 1982 in Lima, Ohio. His athletic potential became obvious during his high school years. He not only captained the football team, but also the basketball and baseball teams. Ben didn't get the chance to play quarterback until his last year of high school because the coach preferred to play his son in that position. In 2000, he moved to Miami University but was redshirted for his first season. Next year, he made his debut and started playing well. He eventually broke many of the school's records.

Roethlisberger's college exploits were widely known, and he was the 11th overall pick during the 2004 NFL Draft. He signed with the Pittsburgh Steelers with a contract worth $22.26 million and $17.73 million in incentives. When two of the Steelers' first-choice quarterback starters were injured, Ben stepped up as the team's starter. He was extremely impressive during his debut season.

Next year in 2005, Big Ben won the Super Bowl, defeating the Seattle Seahawks. After a motorcycle injury during the off-season, Roethlisberger started slowly in 2006. He then suffered a concussion midway through the season before finishing the season on a high note with a victory over the Bengals. In 2007, Ben played in his first Pro Bowl. In 2008, Ben signed a new $102-million contract with the Steelers and stated that he plans to retire as a Steeler. That year, he led the team to another Super Bowl victory. Over the next few years, Ben continued to play well, but he was unable to clinch another Super Bowl win. 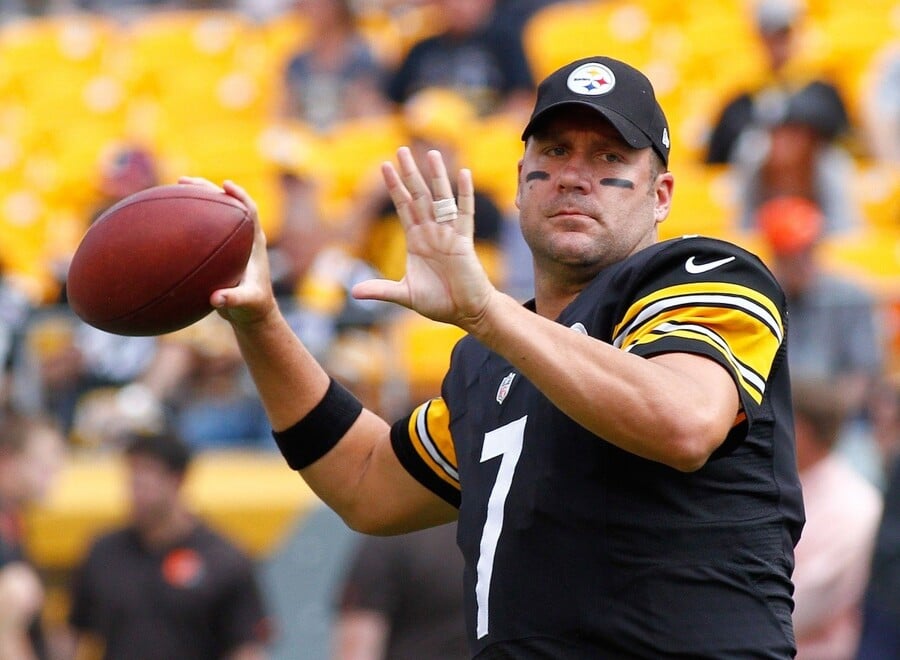 Ben Roethlisberger has been criticized for not wearing a helmet while driving motorcycles, a decision that ended in serious injuries for the football player in 2006. That year, an accident resulted in Roethlisberger suffering a fractured jaw, a fractured sinus cavity, a massive cut to the back of the head, and the loss of several teeth. Although many figures within the NFL attacked Ben for this allegedly irresponsible behavior, wearing a helmet is optional in Pennsylvania while operating a motorcycle.

Ben has also been accused of sexual assault on more than one occasion. In 2009, he faced a civil suit alleging that he had sexually assaulted a woman named Andrea McNulty while in a hotel room. Another woman later stated that McNulty had bragged to her about having sex with Ben.

Roethlisberger was investigated for another alleged sexual assault in 2010. It was later determined that there was not enough evidence to pursue criminal charges. However, the backlash against Roethlisberger was harsh, especially since the woman who he allegedly abused never recanted her accusation. In the end, Ben lost a sponsorship deal with PLB sports. He was also suspended for six games as a result of violating the NFL's personal conduct policy.

Between June 2018 and June 2019, Ben earned $54 million from his various endeavors (primarily salary). He has earned $230 million during his time in the NFL, as of this writing. When he re-signed with the Steelers in 2019 with a $68 million contract, he earned an additional $37-million signing bonus.

As one might expect from someone with a $100 million net worth, Ben has a significant real estate portfolio. Not long after he signed his first major contract with the Steelers, he settled down in Pittsburgh and purchased a home for $475,000. Today, the home is relatively modest by his standards, although it features a respectable 2,423 square feet of living space and 2.5 baths. He later sold this property for a substantial loss in 2012, accepting a cut-price offer of $360,500.

In 2006, Roethlisberger upgraded to a much more substantial home in Gibsonia, Pennsylvania. He paid $2.2 million for the home, which he later renovated with a number of additional features. These included an indoor golf simulator, a kids' playroom, and an entire garage dedicated only to ATVs. Despite investing heavily in this home, Roethlisberger put it back on the market in 2019 for $2.7 million. With no buyers, Ben was forced to reduce the asking price all the way down to $2.95 million before settling for $2.2 million. This meant he walked away with almost exactly what he paid for the property.

In 2011, Big Ben purchased a lake house on the coast of Lake Oconee in Atlanta for $2.2 million (there's that number again). In 2015, Roethlisberger purchased a vacant, 2-acre plot of land for $2 million in Sewickley Heights, Pennsylvania. This neighborhood is a popular spot for a range of other professional athletes, including Sidney Crosby and Mario Lemieux. Ben got to work on the home immediately, and his custom mansion was completed in 2018. Once built, his estate spanned a staggering 22,464 square feet of living space – complete with an outdoor pool and spa. 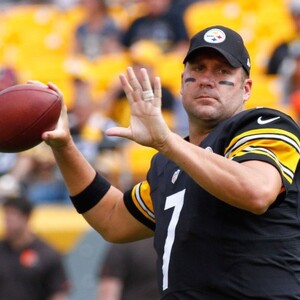