Bart Scott net worth and salary: Bart Scott is an American football player who has a net worth of $5 million dollars and an annual salary of $4.2 million. Born in Detroit, Michigan, Bart Scott played excellent football throughout high school, but struggled academically. He got his grades together his senior year, and was eventually offered a scholarship to Southern Illinois University.

During his senior year, the Baltimore Ravens drafted him. He subsequently returned to college, and completed his degree in Economics. He played for the Ravens from 2002 to 2008, and was a Pro-Bowl selection in 2006. In 2009, he became a free agent, and chose to sign with New York Jets, in order to work with Head Coach Rex Ryan. He has played well for the Jets thus far, though his temper has occasionally gotten the better of him. Most recently, he was fined $10,000 for making an obscene gesture on camera, while in the locker room after a game. 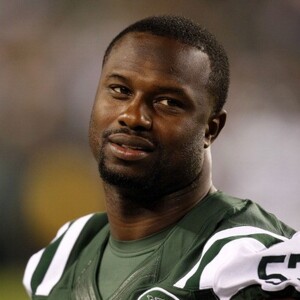