What is Barry Sanders' Net Worth and Salary?

Barry Sanders is a retired professional American football player who has a net worth of $20 million. During his ten-season NFL career, he established himself as one of the trickiest and elusive runners in franchise history, leading the league multiple times in running yards and winning NFL Offensive Player of the Year twice. Many believe that he is the most agile runner the NFL has ever seen, and he is widely considered to be one of the best players of all time.

After playing college football for Oklahoma State, Sanders joined the Detroit Lions in 1989 and won the Rookie of the Year award in his first season. During his time as a pro, he won numerous honors and accolades, including MVP in 1997. However, his career came to an abrupt end when he retired suddenly in 1998 when he retired. He was only a few yards short of breaking the NFL rushing record.

Barry Sanders was born on July 16th of 1968 in Wichita, Kansas. During his high school years, Barry established himself as a natural athlete and played alongside his brother. By the time he was a senior, it was clear that he was a natural running back. After graduation, Sanders had received scholarship offers from numerous colleges. He chose to enroll at Oklahoma State University and had an incredible season in 1988. Setting numerous college records, Sanders won the Heisman Trophy and became a target for many NFL teams.

In 1989, Barry was picked up by the Detroit Lions, and he immediately made an impact despite initial concerns about his short stature. However, Sanders proved to be both strong and quick, giving him a low center of balance that made him almost impossible to take down. During the 90s, Barry helped the Lions reach the playoffs nine times. It was one of the biggest tragedies of his career that he would never reach the Super Bowl, and he is considered one of the best-ever players not to play in a Super Bowl game.

During his many years with the Lions, Sanders averaged more than 1,500 rushing yards per season. It was not unheard of for him to rack up as many as 1,900 or 2,000 rushing yards per season, especially during key seasons in 1994 and 1997. Despite his strong performances, critics have lambasted Sanders for not "showing up" to big games, and he often proved to be disappointing during the playoffs. Despite being a star player, Barry was consistently humble – rarely engaging in over-the-top celebrations unlike so many of the stars during that era. 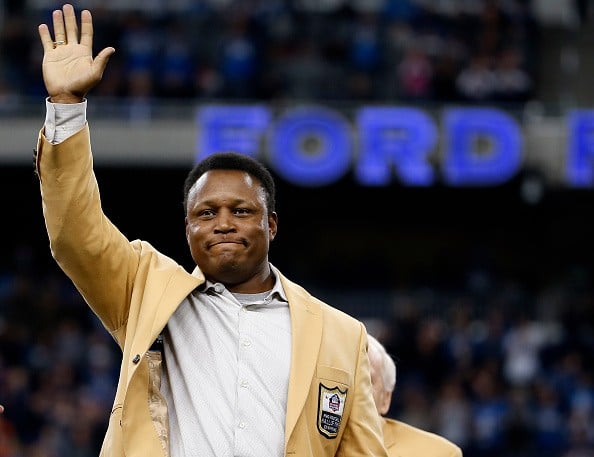 In 2002, it was reported that Sanders was requesting a modification of his child support payments, claiming that his early retirement caused a dip in his income. Court documents revealed that the football player's income dropped from $6.4 million per year to just $851,000 per year after his controversial decision to retire just two years into his Lions contract. Barry subsequently asked a judge in Oklahoma County to eliminate a $7,000-per-year child support payment to his 8-year-old son and his mother. The money was allegedly purely to be spent on vacations for the mother and son.

In addition, Sanders requested that his additional $4,000-per-month child support payment be reduced slightly. The court document required a few interesting details about the paternity lawsuit that emerged years prior in 1998. Allegedly, Sanders protested at having to pay for a new car for the mother of his son every three years, something that was actually part of a court order in connection to the paternity lawsuit.

In addition, Sanders reportedly purchased a $200,000 home for his son to live in with the mother. He also pays for the furnishings, property taxes, and home insurance. The mother of his child argues that she needs at least $6,000 per month to live comfortably, and that she only earns about $28,000 per year. With all that said, Barry has repeatedly stressed that he wants to be involved in his son's life.

After financial difficulties following his retirement, Barry stated that he mostly lives off the interest from $7 million in tax-exempt municipal bonds. He also stated that he has over $750,000 invested in stocks, mostly in various banks. Other forms of wealth include four real estate investments, although the exact nature and location of these properties are difficult to ascertain. Finally, Sanders has admitted that he continues to earn money with autograph shows. In 2015, this "humble" persona was further exemplified by the fact that he had reportedly purchased a used Jaguar.

Barry retired unexpectedly just two years into the contract. This prompted the Lions to sue Barry, and they demanded that he repay a portion of the signing bonus. A judge eventually sided with the Lions, and Barry was forced to pay back roughly $7.5 million of the bonus. IN order to make this payment, Sanders reportedly liquidated various stocks. He also publicly stated that he was living a "modest" life since the retirement, admitting that he only drives one car after leaving the world of football behind. 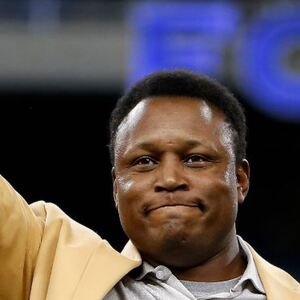