Ashley Parker net worth: Ashley Parker is a singer and actor who has a net worth of $1 million. The California-born pinup, earned his net worth from appearing in ABC's reality TV show, Making of the Band and as part of the band O-Town. Before finding fame on ABC's hit show, Parker worked for Working Design from a young age providing his voice for popular Play Station and Sega video games, including voicing the lead character Alex in the cult game Lunar: The Silver Star.

By the time he was 16, Parker was signed to an Entertainment agency in his hometown. Ashley first hit the screen, featuring in The Making of the Band, which documented the formation of multi-platinum group O-Town. When the group was dropped by J Records in 2003, Parker embarked on a solo career a year later, securing a deal with Blackground/Universal Records and starred in MTV's, There and Back. The reality show documented Parker's struggles from shaking off his teen idol status and becoming a serious musician. Parker released his first solo album, Soundtrack to your Life, debuting at no.5 on the Billboards. The album was one of the top-selling albums of 2006. Parker then turned to acting, appearing in the 2007 Tony Award-winning production Hairspray. Since then, Parker was featured in "Wild Things: Foursome" and "Amelia's 25th". 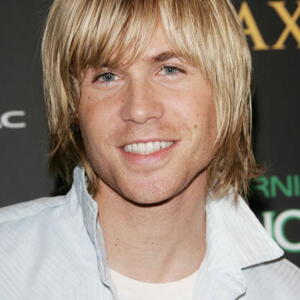